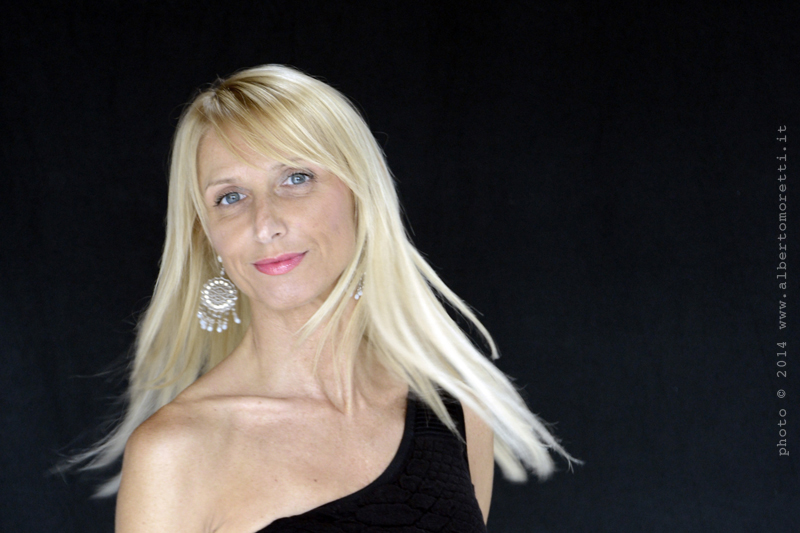 First-class graduate in piano at the Conservatory “J. Tomadini” in Udine under the guidance of Professor Umberto Tracanelli. She attended together the course of music composition held by maestro Daniele Zanettovich and the course of choral music and choir direction held by maestro Annibale Cetrangolo. She then perfected herself in choir direction with the maestros Giorgio Kirschner, Peter Eidenbenz and Olinto Contardo.

She was Assistant Chorus Master of the choir at the Ente Lirico “Pierluigi da Palestrina” (an institution of opera in the theatre of Cagliari) for the following lyric-symphonic productions: Carmen, La Bohéme, I Pescatori di Perle, La Forza del Destino, Symphony No. 2 by Mahler, Requiem by Verdi, Symphony No. 9 by Beethoven. She collaborated as a substitute maestro on the opera “il Re Pastore” by G. Gialuppi, the world premiere of which took place at the “Teatro Nuovo Giovanni da Udine” with Mosque Academy of Ancient Music.

She has conducted many choirs, including the Diapason chamber choir, a professional choir made up of sixteen opera singers from the region with which she won first prize – DIPLOMA OF EXCELLENCE -at the international competition for choral singing “C.A. Seghizzi” chaired by Roman Vlad. With the same group, which presents various classic and contemporary programmes during important musical seasons both in Italy and abroad, she has held concerts with the Zagreb Radio and Television Symphony Orchestra dedicated to soundtracks.

She has been conducting the “Coro Polifonico di Ruda” since January 2003. It is a male choir made up of forty members that has held concerts all over the world (in the main European countries but also in the United States, Argentina, Canada, Mongolia, Philippines, etc.).

With this choir, she won the following first prizes at the 39th national competition of Vittorio Veneto in 2004:

PRIZE FOR THE MOST INTERESTING ARTISTIC PROJECT

With this choir she held in July 2004 a series of concerts in Riga and Saint Petersburg in prestigious concert halls.

In April 2005 she won the ABSOLUTE FIRST PRIZE IN THE CATEGORY “ROMANTIC” at the 11th international competition of Tallinn (Estonia) and the SECOND PRIZE at the GRAND PRIX.

In August 2005 she won SECOND PRIZE in the CATEGORY POLYPHONY at the 53th International Competition in Arezzo chaired by the maestro Roberto Gabbiani.

In June 2007 with the same choir she won the following prizes at the international competition “Anton Bruckner”:

BEST DIRECTOR OF THE COMPETITION

She also won the Gold Medal in sacred music, polyphony and folklore and the OLYMPIC TITLE at the “World Choir Games” 2008 in Graz. In 2009, at the prestigious “Franz Schubert” competition In Vienna, she won 4 first prizes, including the Grand Prix and the “Franz Schubert” Prize for the best interpretation of pieces by the same author. In 2010 at the World Choir Games in Shaoxing (China) she won two further gold medals in the categories “male choirs” and “Folklore”.

She has performed in concerts in Italy and abroad (Slovenia, Switzerland, France, Hungary, China and Japan) as a pianist for internationally renowned singers: Bonaldo Giaiotti, Alfredo Mariotti, Vincenzo Bello, Lella Cuberli and many others.

She has also been a music assistant to several specialization courses for opera singers including one on Mozart by maestro Claudio Desderi and she has also worked at the opera academy of Mrs. Katia Ricciarelli in Desenzano del Garda in Lombardy.

Since 2001 she has been pianist for the Raina Kabaivanska master class and she has held several concerts with her.

For her artistic activity, she has received the MORET D’AUR prize:  the most prestigious prize in the Friuli-Venezia Giulia region, awarded by a committee of journalists and music critics.